Reasons to Start Your Day With an Isagenix Shake 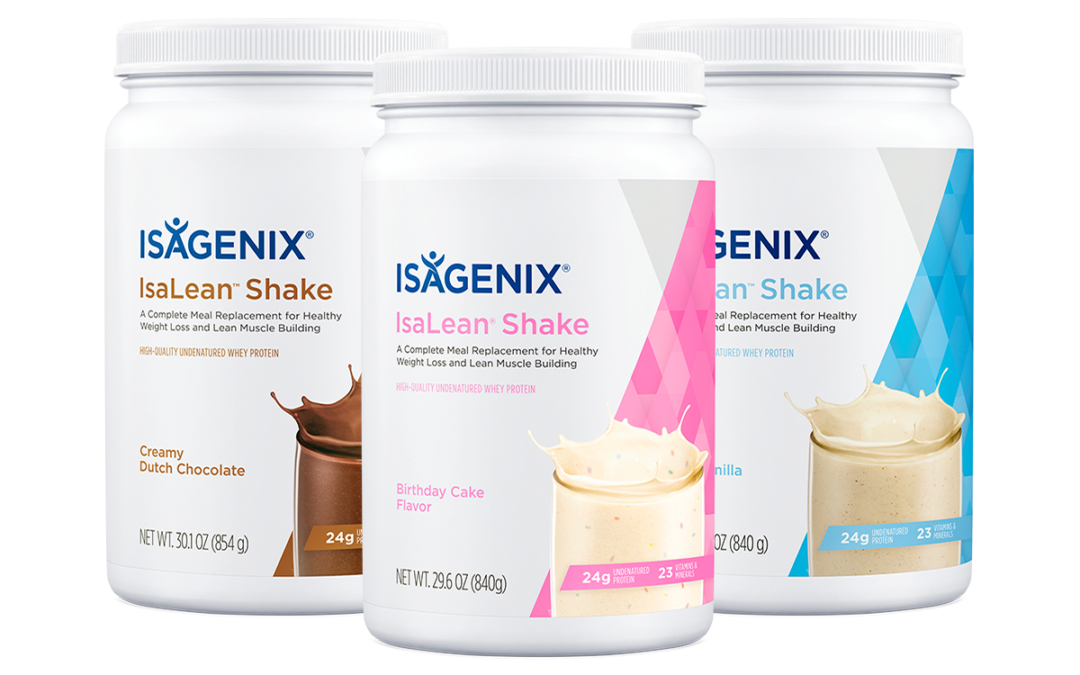 Your mother always said to you that breakfast is the most important meal of the day. Of course, your mother is always right. But does the science back her recommendation up?

From an array of studies, scientists have demonstrated the efficacy of breakfast for a variety of health benefits. The number of these benefits also increase if that early morning meal is higher in protein, particularly in the form of a protein-dense shake.

Here is a running list that should give you more reasons to start every day with a nutritious, high-protein meal. Or, better yet, a protein-dense meal-replacement shake:

From large observational trials, mainly targeted toward children, breakfast is shown to be strongly associated with improved concentration and memory (1) Scientists suggest that this is due to breakfast’s immediate impact on blood sugar to fuel young brains (2,3).

In one of the largest systematic reviews that included more than 40 studies, eating breakfast compared to skipping breakfast was strongly associated with enhanced cognitive function, learning, and memory in adolescents and children (3). In addition, breakfast was linked to improved mood, reduced feelings of tiredness, and enhanced academic performance (3).

Eating breakfast daily is consistently associated with having an improved nutritional status. The likely reason is because the morning meal compared to other meals generally consists of foods that are higher in protein, fiber, and vitamin and mineral content (4). These include whole-grain cereals, fruits and berries, and dairy products like milk or yogurt.

From another systematic review of more than 47 observational studies in children and adolescents, consistent breakfast eaters are associated with an improved overall nutritional status compared to their breakfast-skipping peers (4). Interestingly, the kids who ate breakfast consumed more calories daily compared to breakfast skippers, and yet were less likely to be overweight.

Here’s at least one explanation for why breakfast might have a positive impact on weight management – increased energy expenditure from physical activity. In a randomized controlled trial, scientists showed that eating breakfast led healthy adults to be more physically active and increased the likelihood that they would exercise during the day (5,6). That increased energy expenditure from physical activity may represent a notable burn of additional calories supporting weight management, although the researchers didn’t note an impact from breakfast on overall metabolism.

More protein at breakfast could be the key to improving metabolism. In a long-term study on participants attempting to lose weight, a diet higher in protein (1.5 g/kg/d) versus a diet normal in protein (0.8g/kg/d) increased thermogenesis and energy expenditure after meals (7). In a short-term section of the same study, the scientists also evaluated the effects of a breakfast meal consisting of 30 percent protein on metabolism (7). They found that the high-protein breakfast led to improved metabolism, higher fat oxidation (fat burning), and lower perceived hunger throughout the day.

In another randomized controlled trial, scientists compared the impacts of three equal-calorie breakfasts – high-protein, high-fat, and high-carb – on the blood sugar of 20 healthy adults (9). After breakfast, the subjects followed up by eating a 50g piece of white bread or a glucose drink of equal calories. The researchers reported that only those who had consumed a high-protein breakfast had an attenuated postprandial rise in glycemic response (9).

A daily high-protein breakfast also helps adults with maintaining more muscle as they get older. Because of a blunted anabolic response that comes with age, scientists suggest that older adults should consume meals containing 30 to 40 grams of protein three times a day to maximally stimulate muscle synthesis (10). Breakfast represents an important target for intervention for older adults because lunch and dinner are typically when adults consume most of their daily protein.

Finally, a higher protein intake supplemented with a protein-dense shake in the morning can help protect against the sleeplessness caused during a weight loss regimen, according to the findings of two recent randomized controlled trials. The first trial found that overweight adults who get more protein earlier in the day got to sleep earlier and had fewer waking episodes during the night (11). A follow-up pilot trial also demonstrated that a whey-based shake consumed at breakfast led to better satiety and sleep efficiency, which is a combination of falling asleep earlier, total sleep time, and perceived sleep quality (12).

Rest easy! As it turns out, science suggests breakfast is still the most important meal of the day. But for best results, make it a portion-controlled meal higher in protein. This is most conveniently achieved with a protein-packed shake.